About This Blog And Me

Soiez vos bien venuz! Welcome! This blog takes an in-depth look at Edward II, king of England from July 1307 to January 1327; his life and his family; the events of his reign and its aftermath; and the people who lived then. It is not a chronological overview of his reign, as this is easily available elsewhere online. I use primary sources to keep my posts here as historically accurate as possible and do my best to take apart some of the myths and misconceptions that have arisen over the centuries about Edward, one of the most maligned kings in English history. I will never deny that Edward II was a disastrous ruler, but much of the criticism he gets is deeply unfair and based on prejudice, not evidence. His failure as a ruler does not automatically make him a failure as a human being, and he does not deserve much of the vitriol and contempt thrown at him over the last 700 years.  (He does, however, deserve plenty of criticism for many of his actions.)

My name is Kathryn Warner and I hold a BA and an MA with Distinction in medieval history and literature from the University of Manchester. I had an article about the earl of Kent's plot of 1330 published in the English Historical Review in 2011, and an article about Edward II in 1325/26 in the tenth edition of Fourteenth Century England in 2018 (see 'Publications' page for more info). My biography of Edward II, The Unconventional King, was published on 28 October 2014. A biography of his wife Isabella of France, The Rebel Queen, followed in March 2016, and my third book is a detailed account of Edward's murder in 1327 or survival for years past that date, called Long Live the King: The Mysterious Fate of Edward II, published in July 2017. My fourth book is a biography of Edward's great-grandson Richard II, who reigned from 1377 to 1399, and my fifth a bio of Edward's mighty chamberlain and favourite Hugh Despenser the Younger, out in October 2018. My sixth is Blood Roses, a history of the Houses of Lancaster and York before the Wars of the Roses, also published in October 2018. 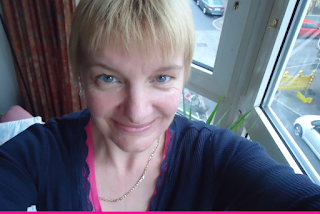