A Happy New Year to you all, and I hope you had a great festive season. I certainly did, having eaten approximately three times my own body weight in chocolate and mince pies and drunk enough sherry and mulled wine to sink the Titanic.

The very cold weather in Britain and Germany lately - it's minus 15 C, or 5 F, here at the moment - got me thinking about the weather in Edward II's era. Cold winters seem to have been the norm back then. The London annalist vividly describes the Great Frost of 1309/10: "There was such cold and such masses and piles of ice on the Thames and everywhere else that the poor were overcome by excessive cold." He adds that the Thames froze over so solidly, bonfires could be lit on it. The winters of 1308/09, 1310/11, 1312/13 and 1313/14 were also bitterly cold, as was the winter of 1321/22, when Edward II went on campaign against the Marcher lords who had destroyed the lands of his favourite Hugh Despenser the previous spring. The Rochester chronicler says that snow lay on the ground for most of the first three months of 1322, and when the earl of Lancaster was led out to his execution on 22 March, a jeering crowd threw snowballs at him, according to the Brut. The Bridlington chronicler says that Hugh Despenser had prostated himself in the snow before Edward a few days before Lancaster's execution, arms outstretched, begging the king not to unfurl his banners against their baronial enemies.


The Rochester chronicler also says that the icy, snowy roads impeded Edward's progress during the campaign. Evidently, there was a temporary thaw during the second week of March 1322, when the Sempringham chronicler writes that Edward lost many supplies "through a great flood of water." The thaw is confirmed in a letter by Edward himself, who announced that he had been unable to cross the Trent because of the flooding, the melted snow having presumably raised the level of the river.


The Sempringham chronicler often described climactic conditions, and thus we learn that on 1 December 1319 "there was a general earthquake in England, with great sound and much noise," on 26 January 1320 "in the morning, there was a wonderful eclipse of the moon of many various colours," and on 17 April that year, "about midnight, there were frightful thunders heard, with lightning, and immoderately high wind."


Although people must have suffered during the terrible cold - and let me say here that, soft modern person that I am, I am exceedingly grateful to live in a world with central heating - it was the exceptionally wet years of 1314 and 1315 which caused the worst suffering. The endless rain rotted crops and led to the Great Famine of 1315 to 1317, the subject of the next post. 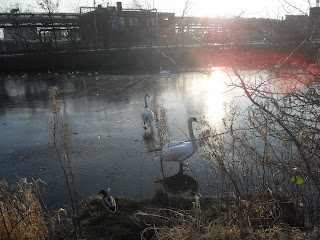 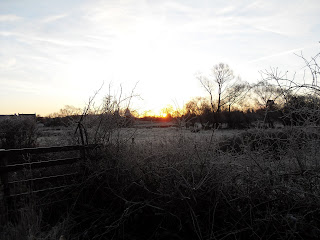 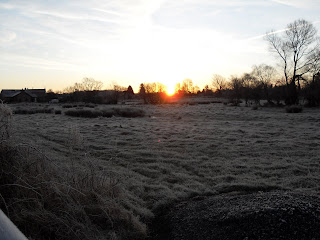 The sight of Hugh prostrating himself in the snow must have been a memorable one indeed.

I love this blog btw and am a long time lurker. I don't have my notes in front of me but this cold time you speak of is smack in the middle of what has come to be known as "The Little Ice Age". The History channel has a nifty program on it. So this all fits.

Also what exactly is the Sempringham chronicler? Does it have anything to do with Sempringham Abbey?

Thanks for the great posts.

Thanks, Susan! I'd give a great deal to see Hugh lying in the snow. :-)

I was going to mention the Little Ice Age in the post, but I couldn't find any consensus as to when it started - some sources say 1250 to 1300, others as late as the 1600s - so decided to leave it, cos I couldn't be bothered to get into that discussion. ;)

Yes, the Sempringham annalist was at the Gilbertine monastery - the chronicle I mention is a continuation of the Livere de Reis de Brittanie e le Livere de Reis de Engleterre (if you search on Google books, it should come up on full view, edited by John Glover).

Hooray - you're back! Have really missed your blog! And if I'd been present at Lancaster's procession, I'd have thrown a HUGE snowball right at him!

Poor old Thomas - I guess the same people who threw snowballs were praying at his grave once miracles were ascribed to him. The DNB calls him "an unconvincing and unaccomplished idealist". I guess he was a man of his time and we remember the unconvincing and unaccomplished part rather than the idealism. Anyhow, no matter how bad he was or appeared to be, being dragged through a jeering, snowball-chucking mob and then being beheaded is a pretty horrible way to die.

What a miserable time it must have been for those poor humble peasants. How on earth did they survive through the cold grey winter. It is hardly surprising they celebrated the comming of the spring and May time with their dancing around May Poles!

Welcome back!!! Glad you had a good time in England!

But those winters must have been excruciating. Even not so long ago they were worse than they ar now. My mum was telling me how she - in the days before central heating was common - had icicles on the inside of her bedroom window and she had to dress under the covers because it was so cold. But those winters Britain suffered in the 'Little Ice Age' were certainly exceptional. I bet the sight of a frozen Thames was amazing.

I love those other descriptions of the weather and other natural events too - thanks so much for putting them in. And thanks too, to the Sempringham Chronicler for recording them! Great post - looking forward to the famine one!

*Goes and stand in the queue behind Anerje to throw snowballs at Lancaster! Oh, I'm evil today ;-) *

Satima: I'm sure you're right about Lancaster! And yes, that's a really horrible way to die.

Hi, Clement, and thanks for linking to my blog on yours! Personally, I just can't imagine living without central heating. I suppose the best thing you can say about long, cold, dark winters is that they really make you appreciate spring.

Lady D: I've heard about icicles inside the windows from my mum, too, and she says that she put her clothes for the next day under the bedcovers all night - otherwise they were so cold and damp, she could hardly bear to put them on!

Gabriele: thanks, and the same to you. Love your pics.

Happy New Year, Alianore! I remember ice forming on the inside of the bedroom windows when I was a kid, and that was in a house that supposedly had central heating (it was a really rubbish system). Oooo, when I were a lass....

Edward II's Little Ice Age coincided roughly with the one that wiped out the Norse settlement in Greenland, which was finished by around 1400. I should imagine that the start dates you found varied so much because it probably had different effects at different times and places. Without objective data it would be hard to reconstruct a climate change accurately; what people would have recorded at the times (if they recorded anything, and if the records survived) would be weather, which isn't the same as climate.

Same to you, Carla! I hope you have a better central heating system now. ;)

That's an interesting point about Greenland - hadn't thought of that.