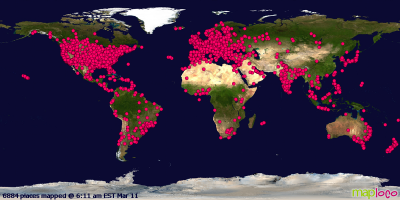 I hadn't checked my blog visitor map for absolutely ages until a couple of days ago, and was thrilled to see all the readers I've had, from all over the world!
The top twenty countries my blog visitors come from are, in order:
United States
United Kingdom
Australia
Canada
Germany
Netherlands
France
India
Belgium
Portugal
Russian Federation
Taiwan
New Zealand
Italy
Spain
Ireland
South Africa
Philippines
Japan
Switzerland

I can't help noticing from the map that I've never had any blog visitors from Madagascar, Siberia or most of Central Africa.  Hmph.  :-)  Great to see that I've had a fair few readers in South America and Asia, though.

I happened to do Google searches for Edward II's friends Sir Roger Damory and Donald, earl of Mar recently, and found that the top results for them are my blog (I have the top three results for Damory!).  It's also third on Google's results for Piers Gaveston, with my friend Anerje's blog just behind, yay. 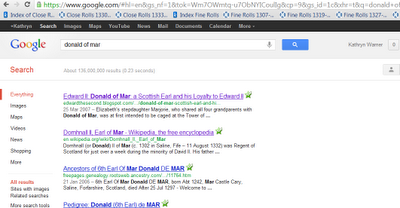 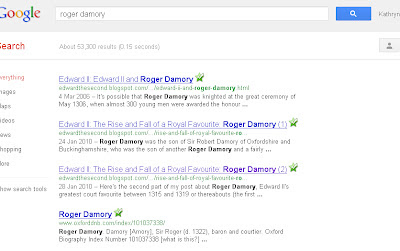 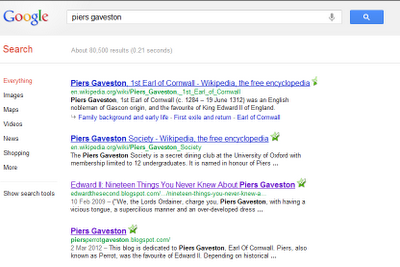 My blog is usually the third result on Google for Edward II himself, behind the Wikipedia page for him and the Wiki page for Christopher Marlowe's play about him.  (Occasionally, it comes fourth or fifth behind the Internet Movie Database page for Derek Jarman's 1991 film 'Edward II', the brief page about him on Britannia.com, or an E-Notes page about the Marlowe play.)  It usually comes second, third or fourth for anyone else of Edward's reign I've written about, yippee. 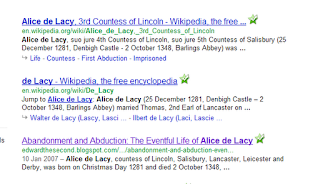 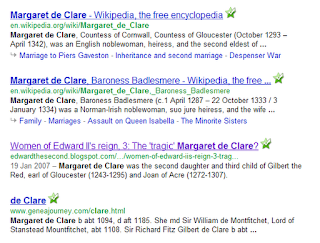 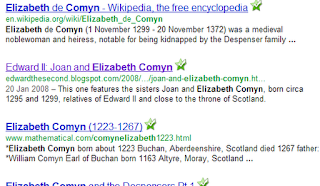 A big resounding THANK YOU to all my readers, whether you're regulars or occasional visitors or one of the many hundreds of people who find my article explaining why William Wallace couldn't have been Edward III's father after watching Braveheart when it's on television yet again.  :-)  I've been writing this blog for the best part of six and a half years now, since 3 December 2005.  Here's to the next six and more years of the Edward II blog, and lots more 'myth-squidging' as someone on Tumblr (linking to the blog) so nicely described it a couple of days ago.  :-)
Posted by Kathryn Warner at 1:30 pm

Congratulations, Kathryn! May all your enterprises continue to flourish!

Thank you, Satima! Yours too!

A credit to the blog! Nice work.

And you have readers subscribed from Sri Lanka also.

That's great to hear, Nipuna. Thank you for subscribing and for your support!

I found your blog a few months ago after reading some books on Robert the Bruce. I wanted to find out more information on Edward II and your blog provides that and then some. Thank you for all your hard work in posting all the information in a concise and easy to understand/read manner. You also make it very interesting, which can be hard to do when dealing with historical figures.

Thanks so much for the kind words, Wendy! I'm really glad you found my blog.

Congratulations! Your blog deserves to be top for Edward II! I just wish I had the patience and dedication (plus time in my case) to devote to my effort . Keep up the brilliant work!

Thank you, Anerje! I've been really grateful for your support the last few years!

Congratulations! Here's to the next six years, indeed!