Lincoln Cathedral And Its Chapter-House

I wrote a post a while ago about the eventful parliament of January/February 1316: Hugh Despenser the Younger punched John Ros in the face, in Lincoln Cathedral, in front of Edward II; the king heard of the abduction and forced marriage of his wealthy niece Elizabeth de Clare; he fixed the price of various foodstuffs during the Great Famine; and his cousin Thomas, earl of Lancaster, turned up late for parliament (realllllllly late) and was officially appointed Edward's 'chief counsellor'.

Here is where that parliament took place, in Lincoln Cathedral, and specifically in the chapter-house. The cathedral was consecrated in 1092 and from 1311 to 1549 was supposedly the tallest building in the world; in 1549, its central tower collapsed and has never been rebuilt. The chapter-house was built between 1220 and 1235 and is still used as a venue; when I was there just over a month ago, a small concert was taking place there. I love that it's still being used after eight centuries. I love being able to sit in and wander around a room where Edward II sat and held parliament and discussed the price of 'fat shorn sheep' and told Hugh Despenser with a straight face that of course the countess of Gloucester was pregnant by her husband sixteen months after his death and sent filthy looks in the direction of his cousin Thomas of Lancaster (probably). 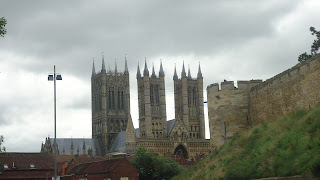 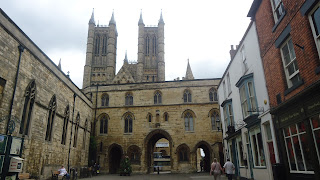 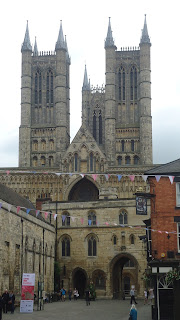 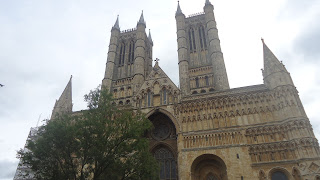 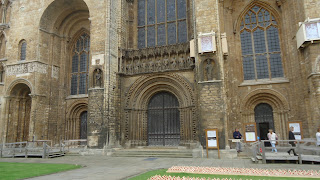 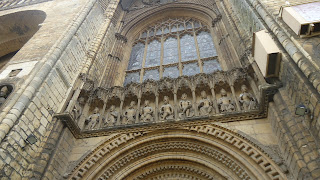 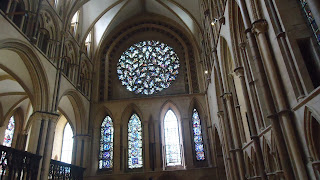 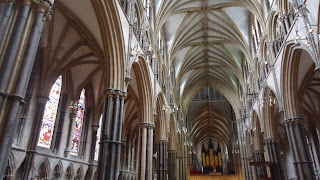 Posted by Kathryn Warner at 1:46 pm

Kathryn, thank you for these interesting photos. It's brilliant to see them; I am unable to visit these places at the moment due to commitments so it's like walking about without having to do the travelling. Have been reading your blog for some time now and absolutely love it. Amanda

Hi Amanda, thank you, and so glad you like the blog and the pics!

Kathryn, am so looking forward to your next book; have finished 'Isabella' your second and thoroughly enjoyed it (and the first one). You're the historian but I truly believe that Edward has been misunderstood for centuries, in essence he was king by birth but really was incapable to rule in those times but really meant little harm. His death - a mystery that will probably never be solved - in my opinion was fabricated, he was rescued/fled and did indeed live in Italy until his death. I have read Ian Mortimer's books of these activities and the one question I have asked but not been satisfactorily answered is: WHY RESCUE A DEAD MAN? The other king who I am interested in is Richard III: why he is supposed to have murdered his nephews, again in my opinion, rubbish, but that's a different scenario. Keep writing please. Best wishes.Amanda