Eleanor of Castile and her Viscera

Edward II's mother Eleanor of Castile died in Harby, Nottinghamshire on 28 November 1290, when she was probably forty-nine and Edward, her youngest child, only six. The queen left five daughters too: Eleanor, Joan, Margaret, Mary and Elizabeth, Edward's older sisters. Queen Eleanor's body was buried at Westminster Abbey near her father-in-law Henry III, her heart was given to the Dominicans of London (separate heart burial was pretty normal for royals at the time), and her viscera were given to Lincoln Cathedral. Now, I can't help finding it a bit weird and squicky that Eleanor's viscera have their own burial site, but they do. Sadly her effigy there was destroyed in the seventeenth century and what you see now is a nineteenth-century reconstruction, but it's well worth a look. 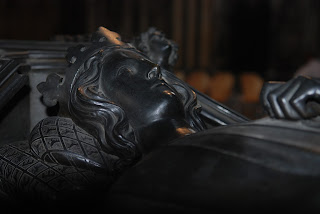 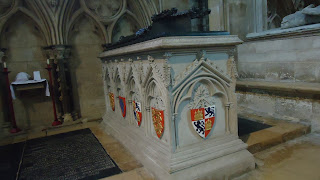 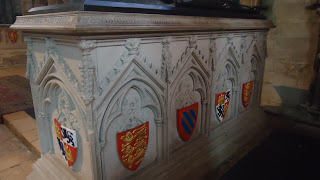 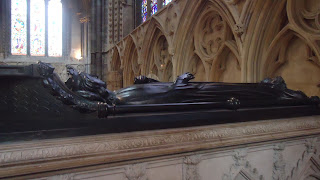 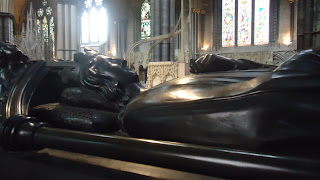 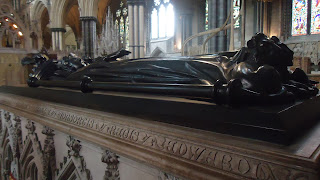 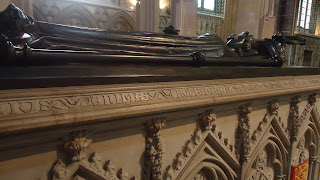 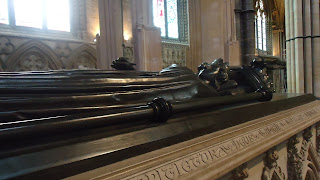 Posted by Kathryn Warner at 3:31 pm

Kathryn, I assume 'viscera' are the internal organs (apart from the heart); I have never quite understood why the body and the heart/other organs were separated and buried in different locations. Here in Northamptonshire we have 2 'Eleanor' crosses, I am more familiar with the one on the outskirts of the town, it really is a magnificent piece of architecture. Amanda