This post has nothing to do with Edward II, but with a manuscript I was allowed to see lately: The Vercelli Book, which is a manuscript of Old English literature held in the town of Vercelli, Piedmont, northern Italy. I would like to thank Timoty Leonardi, curator of rare books and manuscripts at the capitulary library of Vercelli, for so kindly allowing me to see the Book on a Saturday morning recently.

The Vercelli Book contains the wonderful Old English poem 'The Dream of the Rood', 'rood' being an archaic word for 'cross' or 'crucifix'. I studied this poem in my second year at university and wrote an essay on it, which unfortunately I longer possess, so it was great to be able to see the original manuscript. How on earth did an Old English manuscript, thought to date to the late tenth century, end up in Vercelli of all places? The town is on the pilgrims' route to Rome, so one theory is that an English pilgrim on his way there or back to England died in the town and left the manuscript there. By some miracle, and goodness only knows how, it survived for many centuries until its discovery by the German scholar Friedrich Blume in 1822. The manuscript is a low quality one, and was not made for a rich person, as will be apparent from the photos. The Digital Vercelli Book is online, and see also here and here for more info about it. Here is a Modern English translation of The Dream of the Rood, here is the text in Old English, and here is someone reciting it in Old English on Youtube. 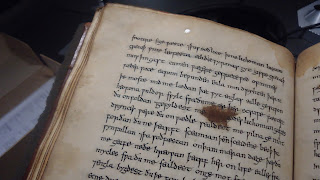 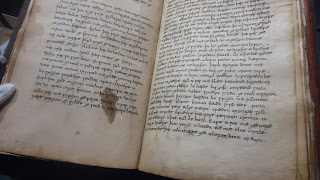 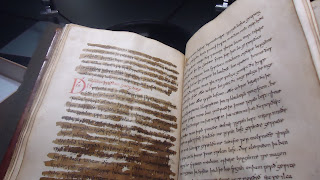 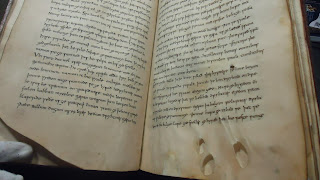 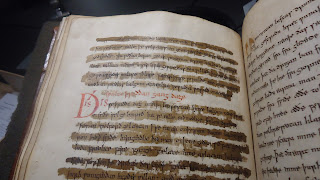 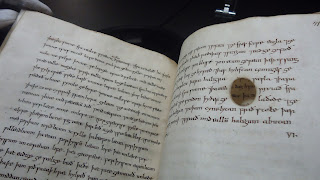 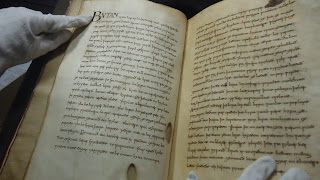 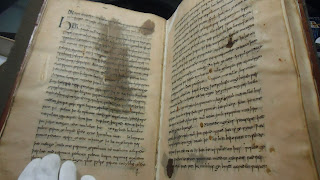 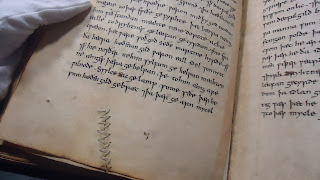 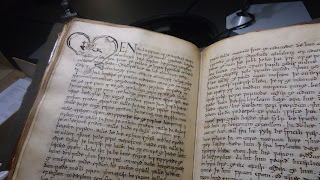 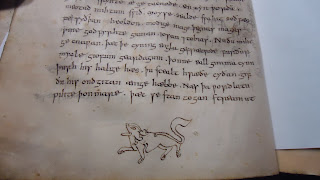 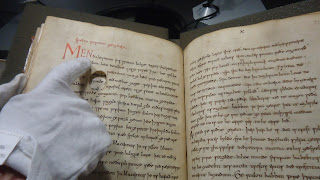 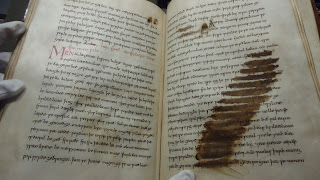 It must have been a wonderful experience to see something that old and precious.

Just out of curiosity, in your research on Isabella, did you find any *contemporary* incidences of her being called 'She-Wolf of France'? You see it all the time now, but I spent an entire tern once, trying to find the origin of that epithet, and the earliest I could get was from Marlowe's play. Have you seen anything? I've also seen it refer to Margaret d'Anjou, which makes a little more sense, but still...

Where did you see it in Marlowe's play? It was invented by Shakespeare for Margaret of Anjou and first applied to Isabella, to my knowledge, by Thomas Gray in a poem of 1757, 399 years after she died. It certainly isn't contemporary to Isabella's life, though I've seen people try to claim it is, and say that Hugh Despenser the Younger called her a she-wolf (absolute nonsense).