Sempringham Priory in Lincolnshire was established in the twelfth century by local monk St Gilbert of Sempringham, founder of the Gilbertine order in 1131. All that remains of it now is the church of St Andrew, standing in a lonely churchyard far from the road. 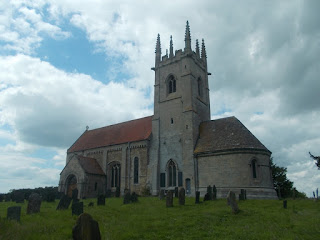 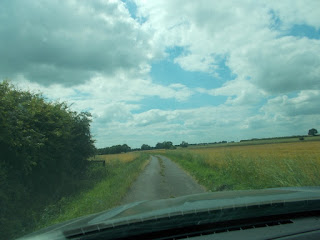 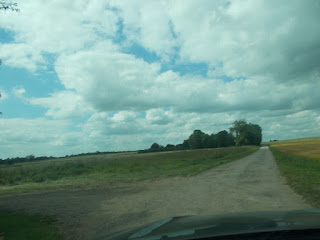 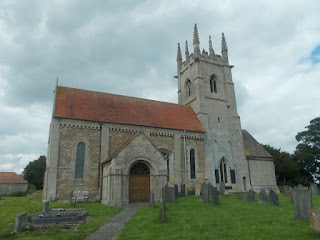 Sempringham is closely associated with some of the women of Edward II's era. Edward's second cousin Gwenllian ferch Llywelyn, only child of the last native Prince of Wales, Llywelyn ap Gruffudd, was sent there as an infant by Edward I after the death of her father in December 1282 when she was just six months old. The Lincolnshire countryside was as far from Wales as you could get, and Edward I had no intention of allowing the children of the Welsh princes to marry and have children; Gwenllian's cousins Llywelyn and Owain ap Dafydd were imprisoned at Bristol Castle, and their sister Gwladys ferch Dafydd was sent to the Gilbertine priory of Sixhills, also in Lincolnshire. Gwenllian lived at Sempringham Priory for her entire life, and died there in June 1337, the month of her fifty-fifth birthday. She is still remembered there: here is the memorial to her, in English and Welsh. 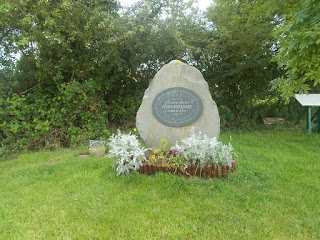 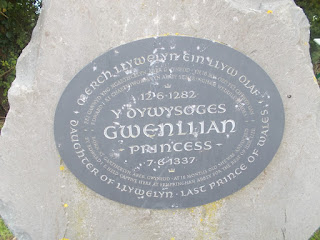 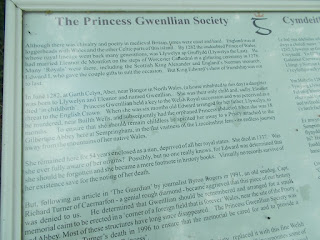 Edward II gave Gwenllian an income of twenty pounds a year, and her name usually appears on record in England as 'Wenthliane' or 'Wenthlian daughter of Thwellin [Llywelyn], late prince of Wales'.

Edward was close to his niece Margaret de Clare for many years, but when her second husband Sir Hugh Audley (later earl of Gloucester) joined the Contrariant rebellion of 1321/22, the king lashed out at her. Audley himself was imprisoned in Nottingham Castle, and in March 1322 Edward ordered Margaret to be incarcerated at Sempringham Priry with a few attendants. She arrived there in early May 1322, perhaps with her infant daughter Margaret Audley in tow (her elder daughter Joan Gaveston seems to have remained at Amesbury Priory in Wiltshire). Edward paid generous expenses of five shillings a day for Margaret for the entire period she lived at Sempringham, but even so, it must have been a highly unpleasant experience. Margaret was finally released on 11 December 1326, after the downfall of her uncle the king and the execution of her powerful brother-in-law Hugh Despenser the Younger. While at Sempringham, Margaret presumably came to know Gwenllian ferch Llywelyn well, and they were second cousins once removed; Gwenllian was, via her mother Eleanor de Montfort, a great-granddaughter of King John, Margaret's great-great-grandfather. Another girl or young woman sent to live at Sempringham in early 1324 was Joan Mortimer, one of the eight daughters of Joan Geneville and Roger Mortimer, lord of Wigmore and later first earl of March, as part of Edward II's revenge for Roger's escape from the Tower of London a few months previously. Joan Mortimer was released on 2 November 1326 after her father's invasion of England, and later married James Audley and had children. She was not forced to become a nun.

On 1 January 1327 a few weeks after Hugh Despenser the Younger's execution, Isabella of France forced two or perhaps three of his daughters to take lifelong vows as nuns. His fourth daughter Margaret Despenser, just three years old (she was born c. 2 August 1323), was sent to Watton Priory in Yorkshire, and Eleanor the third Despenser daughter, somewhere between about five and eight years old, was sent to Sempringham. Possibly the priory was deliberately chosen because Eleanor's aunt Margaret de Clare Audley had until recently been incarcerated there. Eleanor spent many years at Sempringham, and may have died there in early 1351, though this is not certain. She must also have come to know her relative Gwenllian, and Edward III, another relative, granted her and her older sister Joan, nun of Shaftesbury in Dorset, twenty pounds a year.

Sempringham Priory is associated with the Lincolnshire landowner Sir Geoffrey Luttrell (d. 1345), who commissioned the gorgeous Luttrell Psalter, now in the British Library. In 1312, Luttrell attacked Sempringham in the company of Sir Roger Birthorpe and Sir Edmund Coleville (b. 1288): the men broke into the priory, assaulted some of its inhabitants, and stole their goods. On 27 July 1312, Edward II ordered a commission of oyer et terminer 'on complaint by the prior of Semplyngham' that the aforesaid men and their retainers broke the prior's doors and walls, stole his goods and assaulted two canons named Thomas Hougate and John Irnham. A rather later petition relating to this raid talks of the support of 'Sir Hugh Despenser and his sisters, ladies in the said priory', Monseigneur Hughe le Despenser et ses soers dames en la dite priorie, so apparently Hugh Despenser the Elder had at least two sisters who became nuns there, or at least retreated to the priory for a while. [The National Archives SC 8/34/1671; CPR 1307-13, pp. 530, 598] It was this Hugh's young granddaughter Eleanor who was forced to become a nun at Sempringham a few years later. 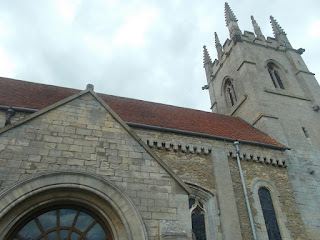 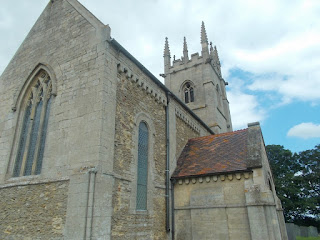 Sempringham Priory was shut down in 1538 during the Dissolution; for more information about it and about St Gilbert and his order, see the British History online page here.
Posted by Kathryn Warner at 3:14 pm

Now there was a place which certainly was not one of those quiet and nameless priories around the country. I wonder what the mother superiors thought about all of this. On the other hand all this meant most likely more money for the place but also more danger and politics.

Dear Kathryn I'm related to the Luttrells I just wondered why they attacked Sempringham?
I thought that the Luttrells were nice people
Thanks very much Lee Gibson in Doncaster.

Hi, Lee! To be honest, I'm not sure. A local feud probably!